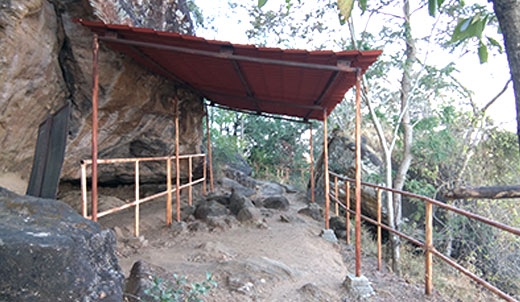 The DeurKotharstupa may have been established by the Maurya king Asoka in the 3rd century BCE. In the ancient times, the site was located on the Dakshinapatha (Southern Trade Route) running east-west from Patliputra (Patna) to Pratishthana in Maharashtra through Central India. Being situated centrally amongst the famous Buddhist places like Sanchi, Sagar, Kaushambi and Sarnath, DeurKothar used to be visited by Bhuddhist monks frequently.

The discovery and excavations P.K. Mishra discovered Deorkothar in 1982 along with Ajit Singh, sarpanch of village Barhat.  Archaeological Survey of India decided to carry out extensive, but controlled, excavations at the site. The excavations were started at the site in 1999 and continued up to 2000. The site is marked by four stupa mounds out of which two stupas No. 1 and 2 were subjected to archaeological excavations. There are remnants of 40 stupas made of stones or bricks. In the area around there are rocks with old rock paintings. Some rocks have inscriptions in Brahmi language.

The Buddhist firmament is abuzz with word of amazing discoveries at the newly excavated site of Deorkothar in Madhya Pradesh, India. Situated on the ancient Dakshinapath (southern trade route), Deorkothar lies between Bharhut and Sanchi, two major Buddhist centers established in the third century BC. It is surprising that Alexander Cunningham, the nineteenth-century doyen of Indian archaeology who did extensive work in the area, missed the site. Excavations at Deorkothar, which seems to predate the late Mauryan-Sunga period (fourth through first centuries B.C.), when most early stupa (temple) complexes were built, promise to throw light on the genesis and spread of Buddhism in Central India, providing missing links in the history of Buddhist art and architecture.Deorkothar inscription Also recovered pieces of a pillar with a six-line inscription in Brahmi, the precursor to modern Indian alphabets, the earliest examples of which date to the rule of the Mauryan empire, Ashoka (273 BC-232 BC). 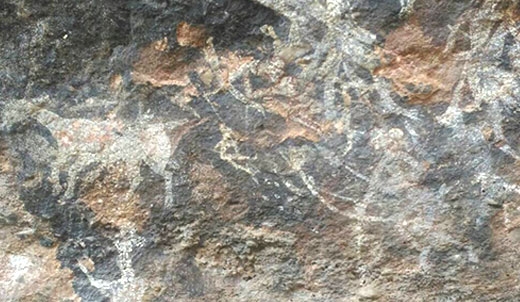